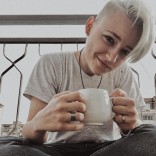 Once upon a time… Long long ago… In a distant land called Georgia, people invented a magical dish. And no, it’s not grits and biscuits. First of all, they’re not Keto. Second of all, I’m talking about a different Georgia.

You see, in this wide-wide world, there’s a small patch of land that’s known (among the chosen) for its diverse cuisine and unbelievable hospitality. It’s also known for its extremely dramatic history, being the cradle of winemaking and home of the first europeans. And while one may begin to wonder how all that can fit into a piece of land of roughly 27,000 square miles… Well, that’s a topic for another day. And another blog. But, today we’ll focus on the food only.

Despite being best known for dumplings and cheesy bread, Georgian cuisine has a lot to offer to those on Keto. We have already introduced you to bazhe – Georgian walnut sauce that goes perfectly with many meat and fish dishes. However, I think the time has come for us to take another small step in mastering this exotic cuisine. And, with all due respect, this is absolutely impossible without being on first name terms with Georgian stuffed mushrooms.

While vegetarianism is hard to find among Georgians, they are quite religious and historically observed lent, during which animal products were a no-no. As their cuisine has been forced to adapt to be more vegetable-oriented, mushrooms proved to make a great substitution for meat. Soon, they were no longer only consumed during lent – dishes like cheese stuffed mushrooms became the staple of a traditional Georgian feast ‘sufra’. Traditionally baked in clay pots, with plenty of butter, these sizzling, flavorful ‘buttons’ are ridiculously easy to make. And I’m very determined to teach you how.

So, while a clay pot would be ideal, you can make these in a ramekin or a shallow baking dish. We will only need a handful of ingredients, like white mushrooms, butter, fresh cilantro, salt and Sulguni cheese. Oh, I can already see the puzzled faces! Sulguni is a brined cheese that’s common for many Georgian dishes. It can be found in some small stores and markets, but if you fail to get your hands on it – don’t despair. You can easily substitute it with a mix of mozzarella and feta, just mozzarella or even Provolone cheese. I personally only tried the mix of mozzarella and feta, and can say that it worked quite well.

Counting carbs for this is a bit tricky, but I’ve come to a scientific conclusion that these have around 1.2 grams of net carbs a pop. This may not seem like much, but they’re seriously addictive and one can easily fall into the pitfall known as ‘just one more’. So, you know, proceed with caution.

Now that we got all this out of the way… Are you ready to take a gastronomical trip to the far and exotic land of Georgia? If yes, get on board, cuz this ship is about to leave the port. And, as long as the ship’s name isn’t ‘Argo’ (boy, did Jason royally screw that one up), Georgians shouldn’t mind.

If you can’t find Sulguni, substitute it with 4 oz of mozzarella, mixed with 2 oz feta cheese.